As consumers and business owners, we all understand the fundamental importance that technology plays in our lives. Whether it’s a mobile device, a laptop, or a car, everyday technological advances are taking over most aspects of our lives: think about the power of smart homes or self-driving cars.

It all sounds amazing, but sometimes we have to wonder if we might be taking things too far, and if there’s a real chance technology will surpass humans and be the end of us. We don’t want to get too “Black Mirror” here, but it’s Halloween and we’ve selected 5 areas of technology that might be a little scary.

Nanobots are nothing more than really, really small robots. Some could be so small that they would be invisible to the naked eye, others the size of a flea or an ant.

In the future, nanobots might be swimming through your veins or swarming together on your desk to form 3D objects.

Larger microbots will be tiny crawling, climbing, flying robots capable of carrying cameras, microphones and a variety of sensors.

These are expected to be commonly used by 2025.

Cognitive sciences are getting a boost from the latest imaging technologies that are helping scientists see inside the brain – while it is working.

What is in danger is your private thoughts. Brain scans could be used by governments, law enforcement, and employers to know if you are lying, committed a crime, or are thinking of doing a crime. Corporations are already scanning the brains of test subjects as they view their advertising to find out what marketing tricks have the most effect.

Cars can already be a deadly weapon, as any driver’s ed teacher will tell you in a heartbeat. The emerging risk is when extremist hackers learn how to take control of computerized vehicles. A hacker could remotely control steering and acceleration of advanced car models and be essentially undetectable. It may only be a matter of time before criminals take advantage of it.

These wearable computer glasses will record everything you see. But how can the idea of someone staring at you, and at the same time recording your each and every move, make any sense at all? Discussions about privacy issues were raised and the sad perspective of living in a society populated by wandering cyborgs staring vacantly into space made the company take a step back.

At the end of 2014, Google said it would end the demo program for Google Glass and take the project back to the lab. “We still have some work to do”, the company said. Google will try again. 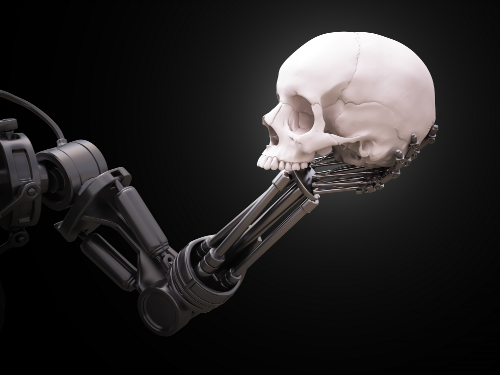 The Singularity is the hypothetical point in time when artificial intelligence surpasses humans intelligence. Robots that serve humanity without question might change their mind if they gain too much intelligence.

Jürgen Schmidhuber, known as the “father of artificial intelligence”, is confident that the singularity will happen, and rather soon.

Schmidhuber says it “is just 30 years away if the trend doesn’t break, and there will be rather cheap computational devices that have as many connections as your brain but are much faster.”

Imagine a cheap little device that isn’t just smarter than humans — it can compute as much data as all human brains combined.

What do you think? Would you like to see some (or all) of these technologies implemented in real life or do you believe some things should be left alone, such as our thoughts? Leave your opinion in the comments below!